"The orchids were a gift from Aunt Mullai who had returned from the city for the holidays. Roja knew of jasmines, roses, hibiscuses–she thought she knew every wildflower. But she had never heard of an orchid before and decided anything with such a name would be beautiful. Vaani, her elder sister, disagreed."
“is she lonely? i am afraid, spinning barefoot on marble floors. a dagger glints in your eyes. no. she is alive.
“who lit the fire? a match is just a match until it’s struck,
“q: what is carrion? a: the sins of the flesh. the / rapid decay. / i am murderous / for you. for you. / i would strip. / i would cradle. / i am ready for- / you are waiting /  for- / love. love. love. / why can’t you? / love me.”
“The canvas painted with a pastel orange background remained seated in the study room. Claire had wanted to paint some clouds and a big sun later. She will never be able to. Tom never will either: he never fancied himself to be a painter. He knew he would never be able to fill in his wife’s shoes.”
"The lettuce on your In-n-Out Burger was handled in-house by four distinct hands. Two of them belong to an associate on Board, the station designated for dressing and wrapping the burger which will land on your tongue within 8-10 minutes of ordering. The other two hands belong to the prep associate from the morning shift. All the hands that have touched the lettuce are trained experts."
“He had expected autumn to be beautiful. He imagined amber rays of the sunset illuminating a pretty falling of leaves all shades of brown. The variety of colours between the trees and the floor becomes a giant mural in autumn, like the way mass media romanticizes them to be.”
“As I sit in my apartment, I look out of the window, seeing people running for shelter as rain starts to pour.
What’s that? A playlist to keep you company while you repeatedly break your pencil because you keep getting so angry at the person your poem is about? We’re definitely not talking from experience.

bit-sized reads for you: outlander zine 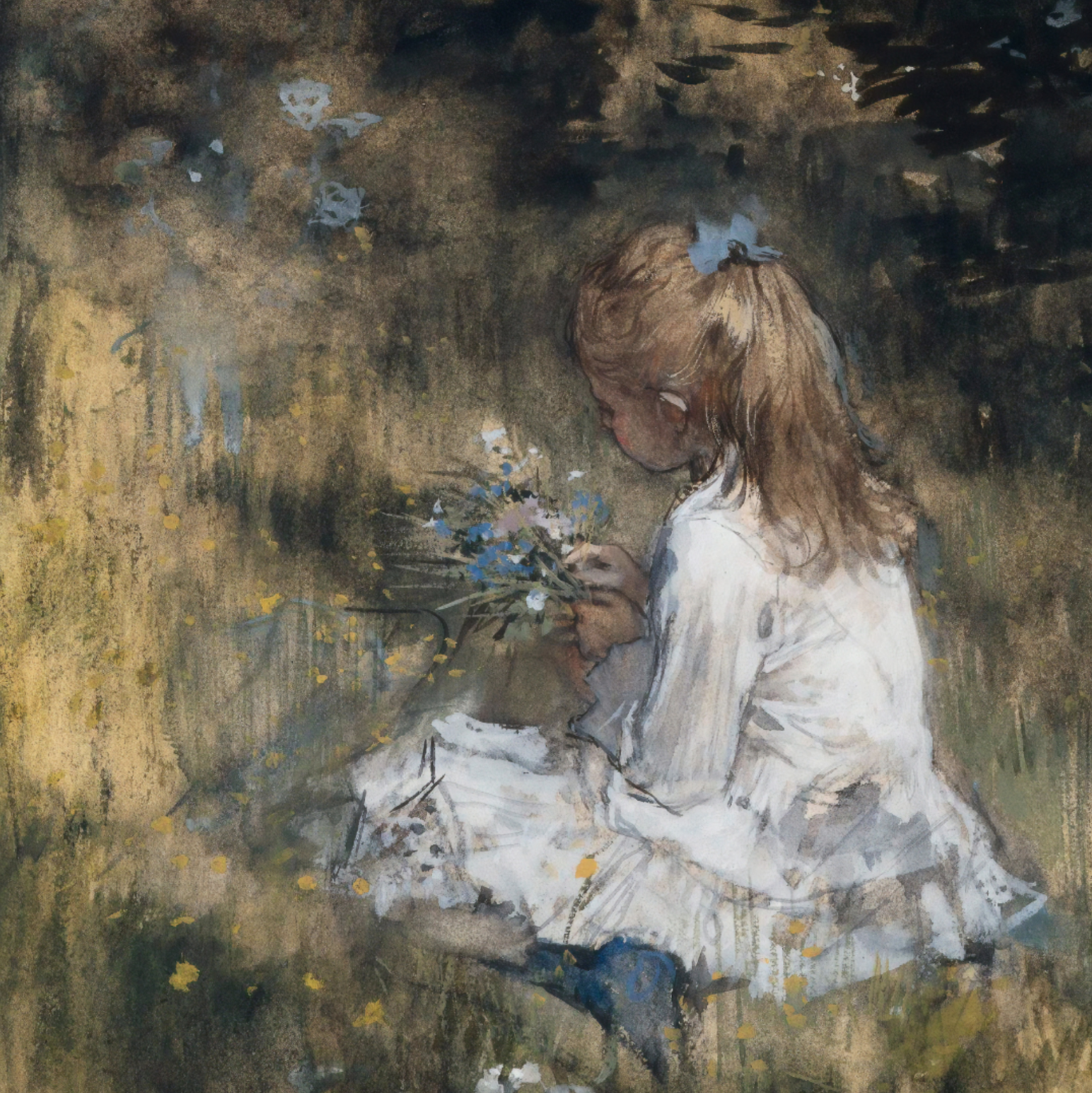 That’s what they call her in the news one day. 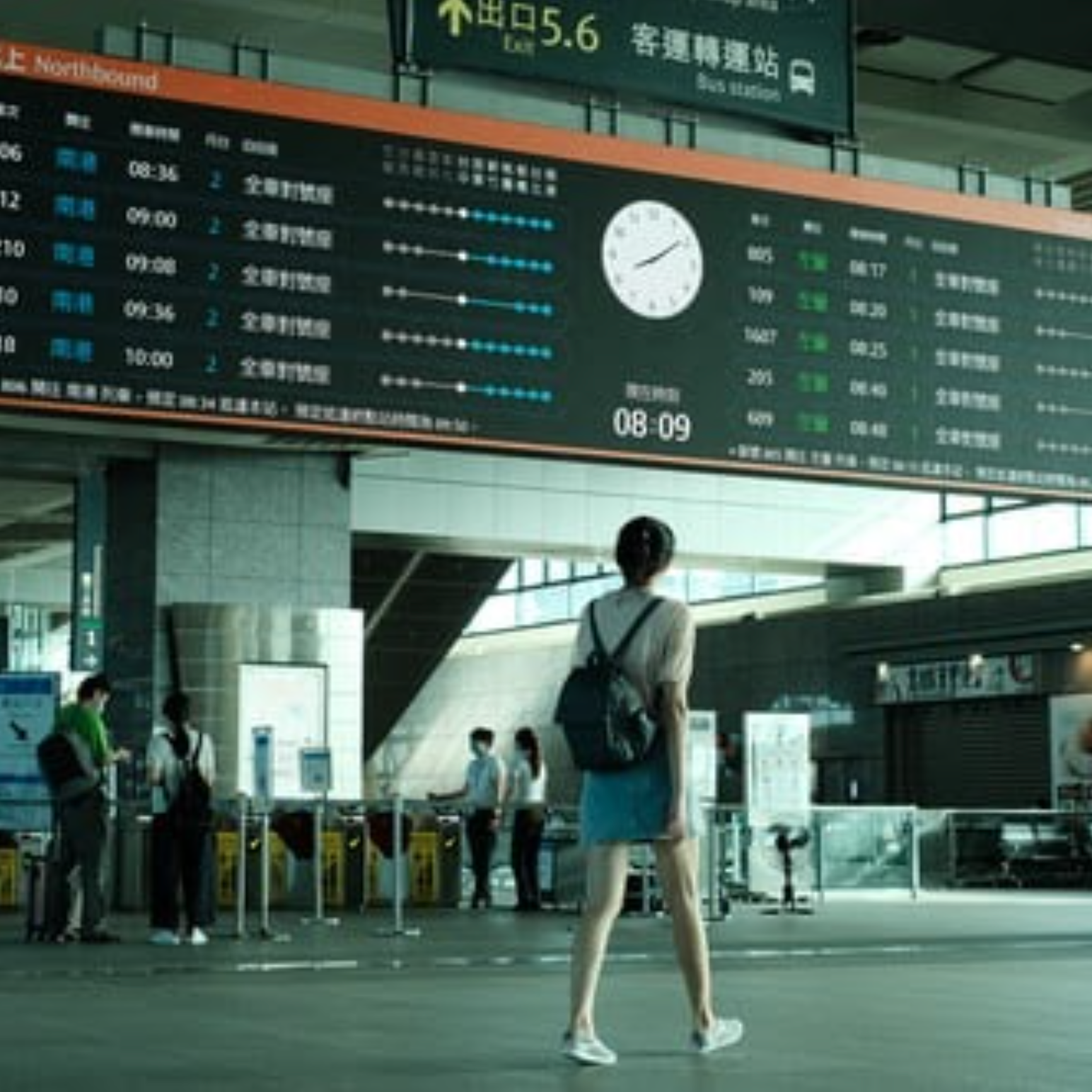 the moon- amidst the shadow- 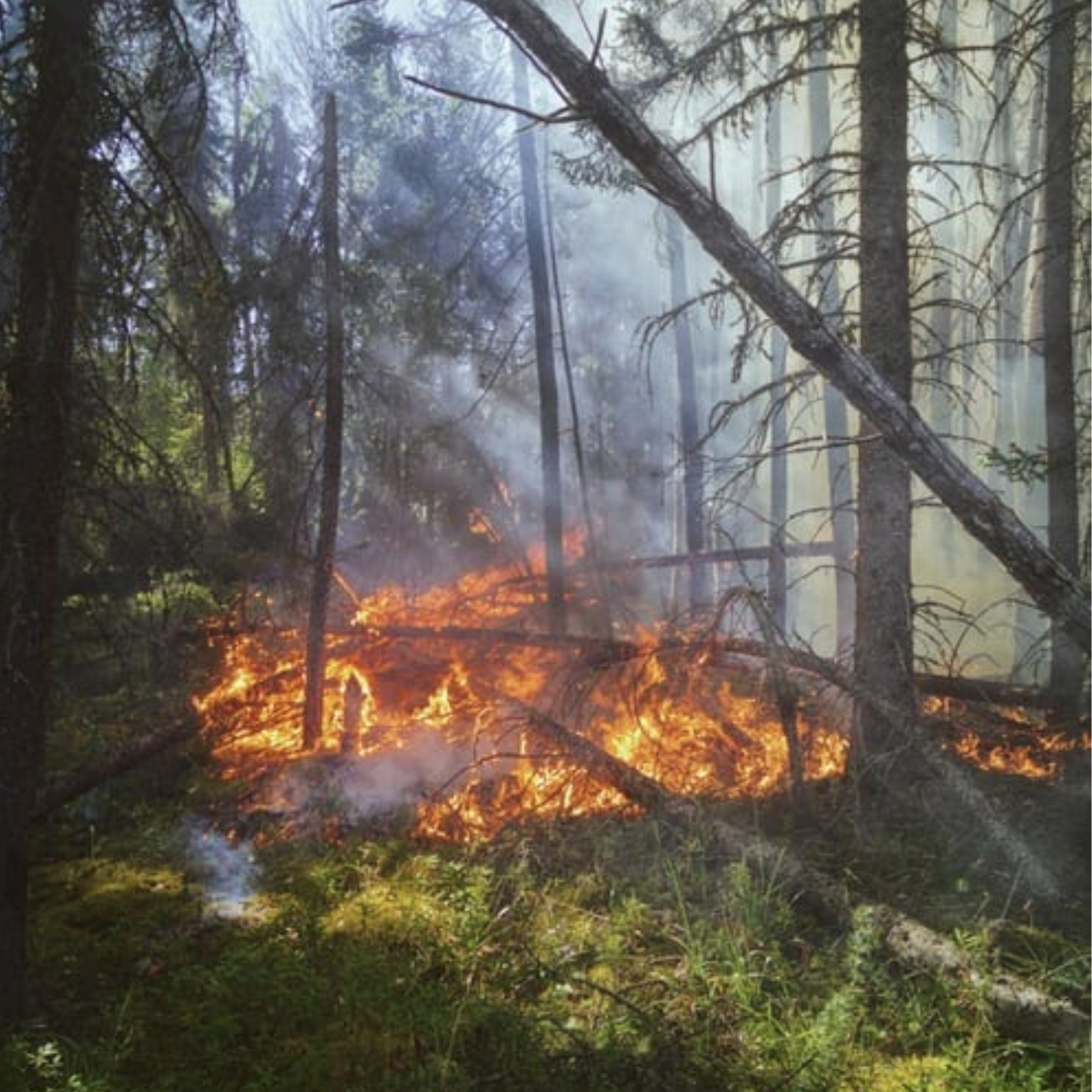 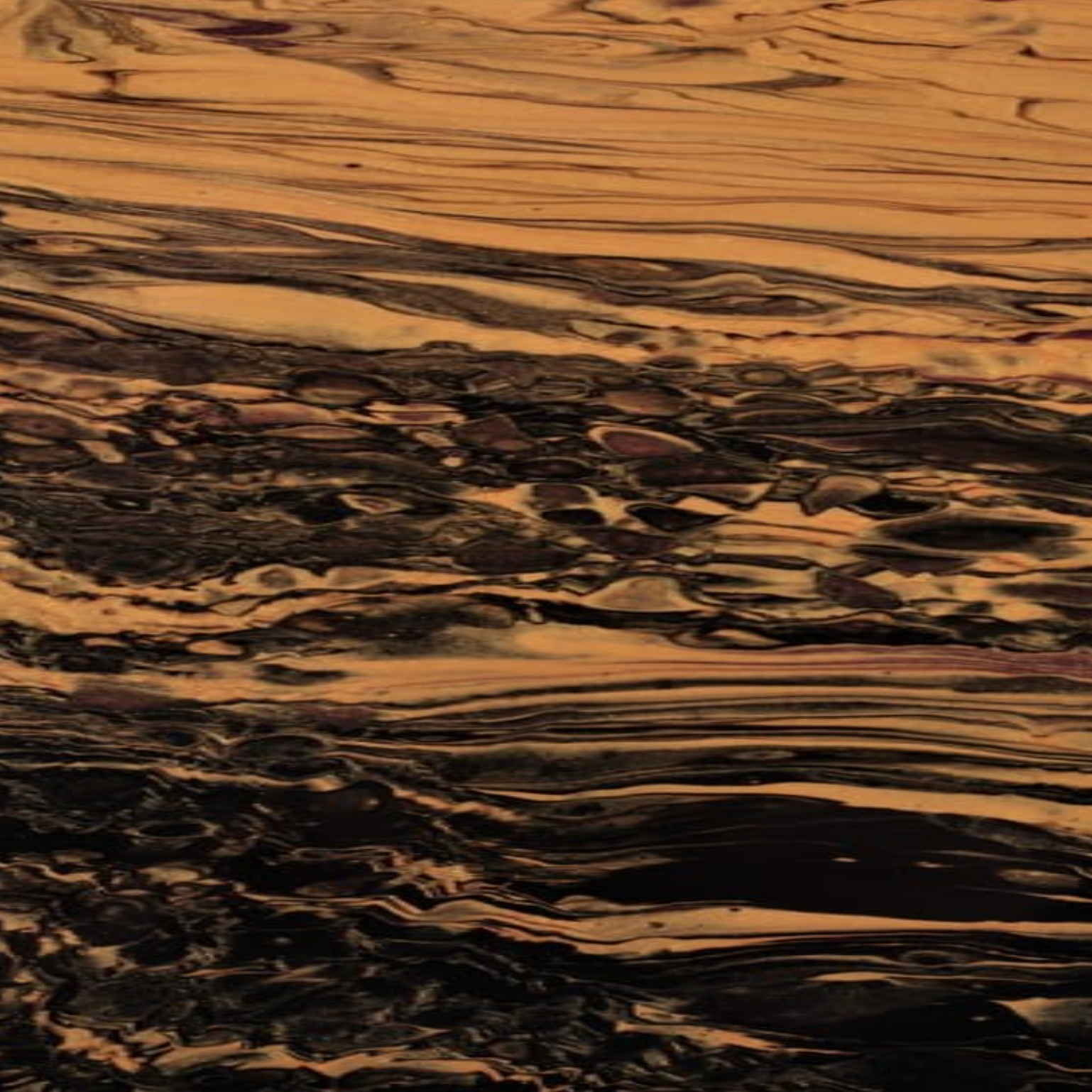 q: what are you waiting for? 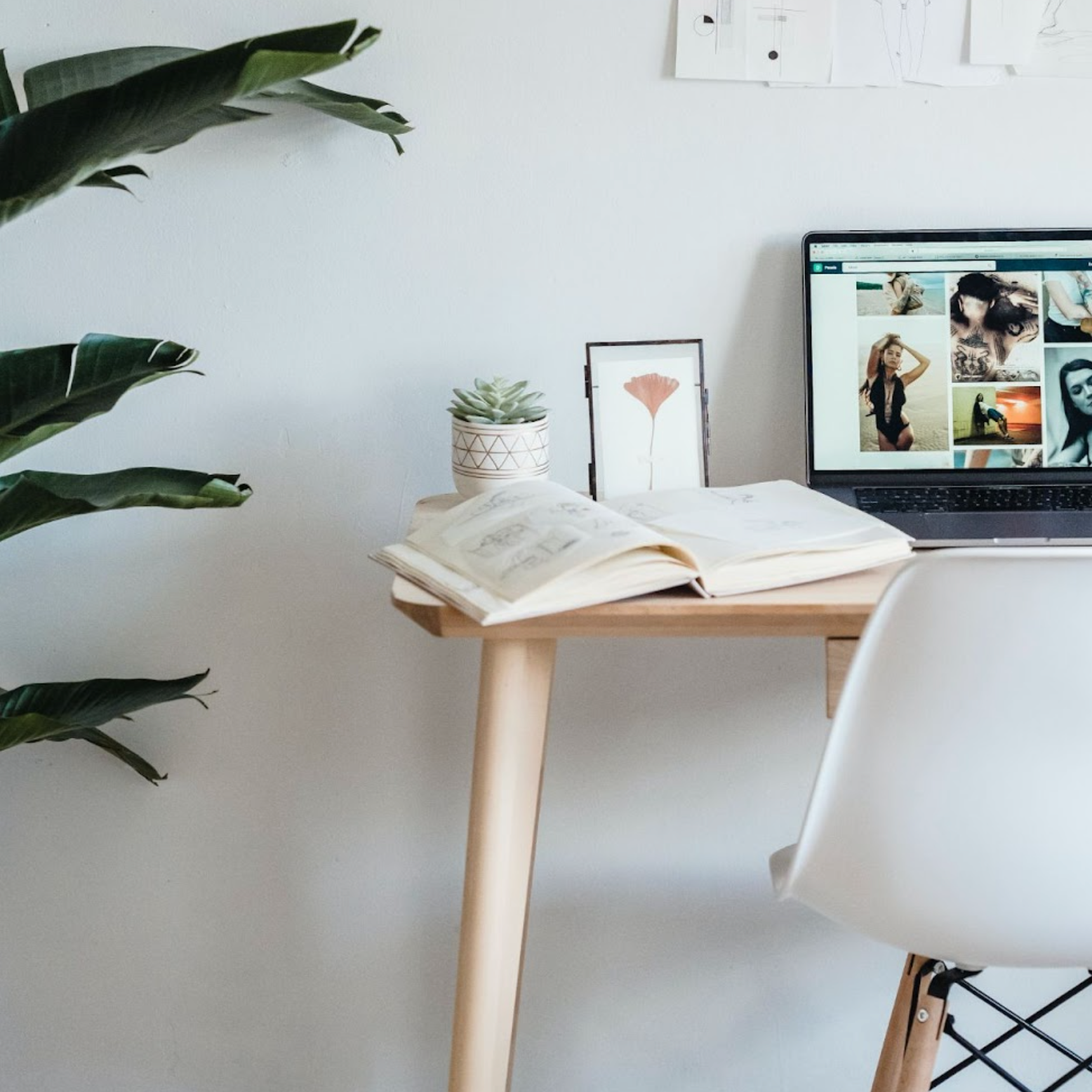 The canvas painted with a pastel orange background remained seated 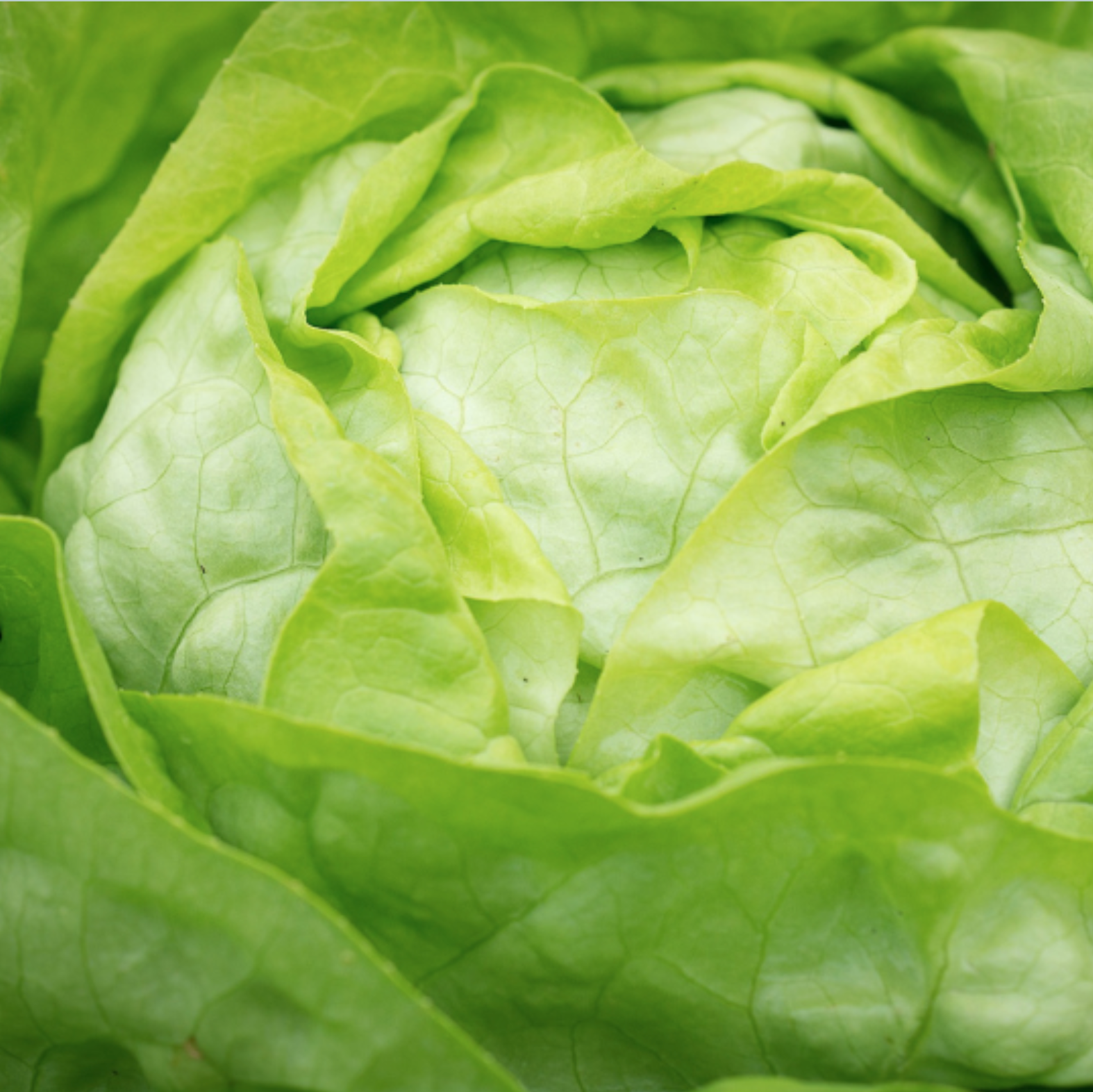 The lettuce on your In-n-Out Burger was handled in-house by four distinct hands. 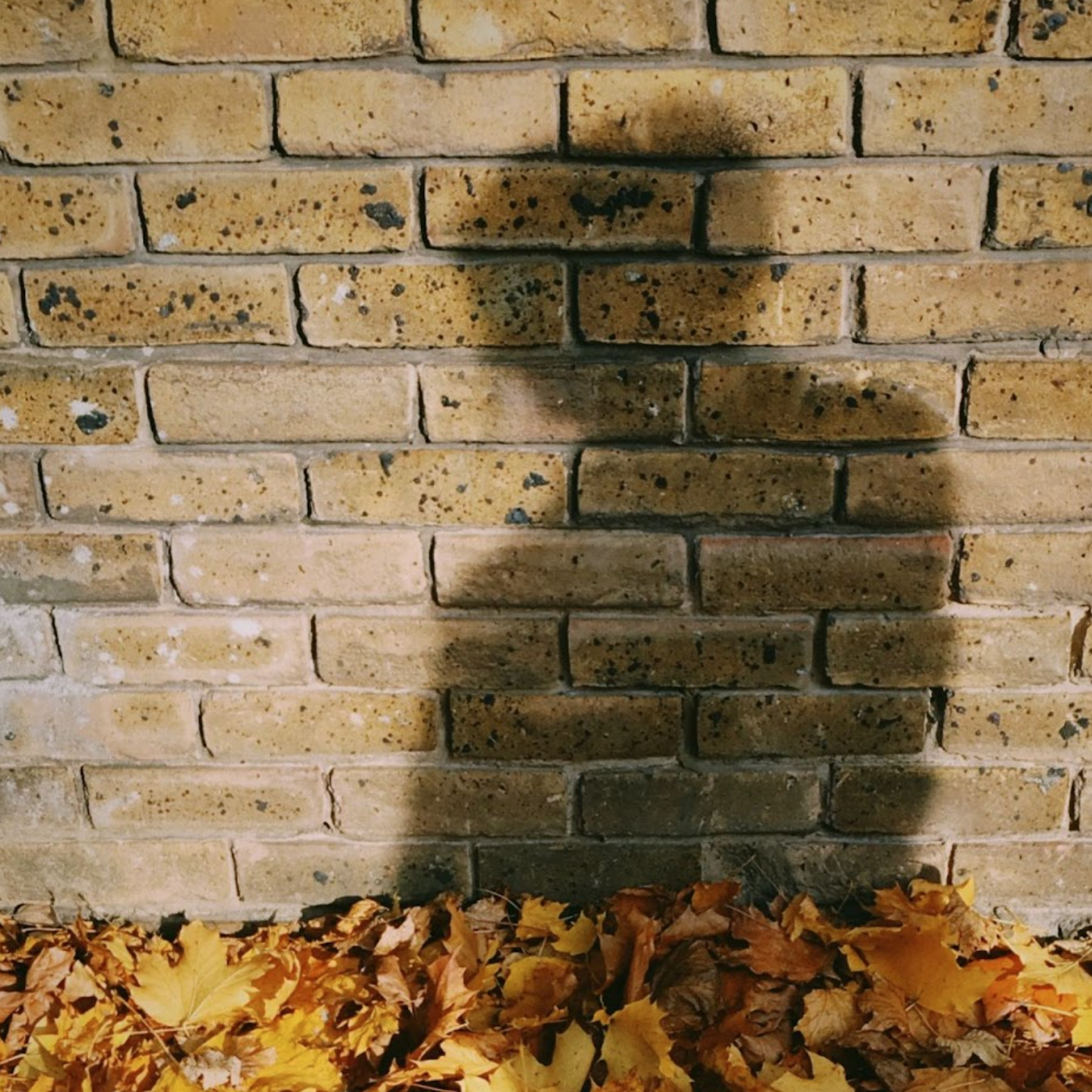 Jim, having spent his entire life in a tropical city, 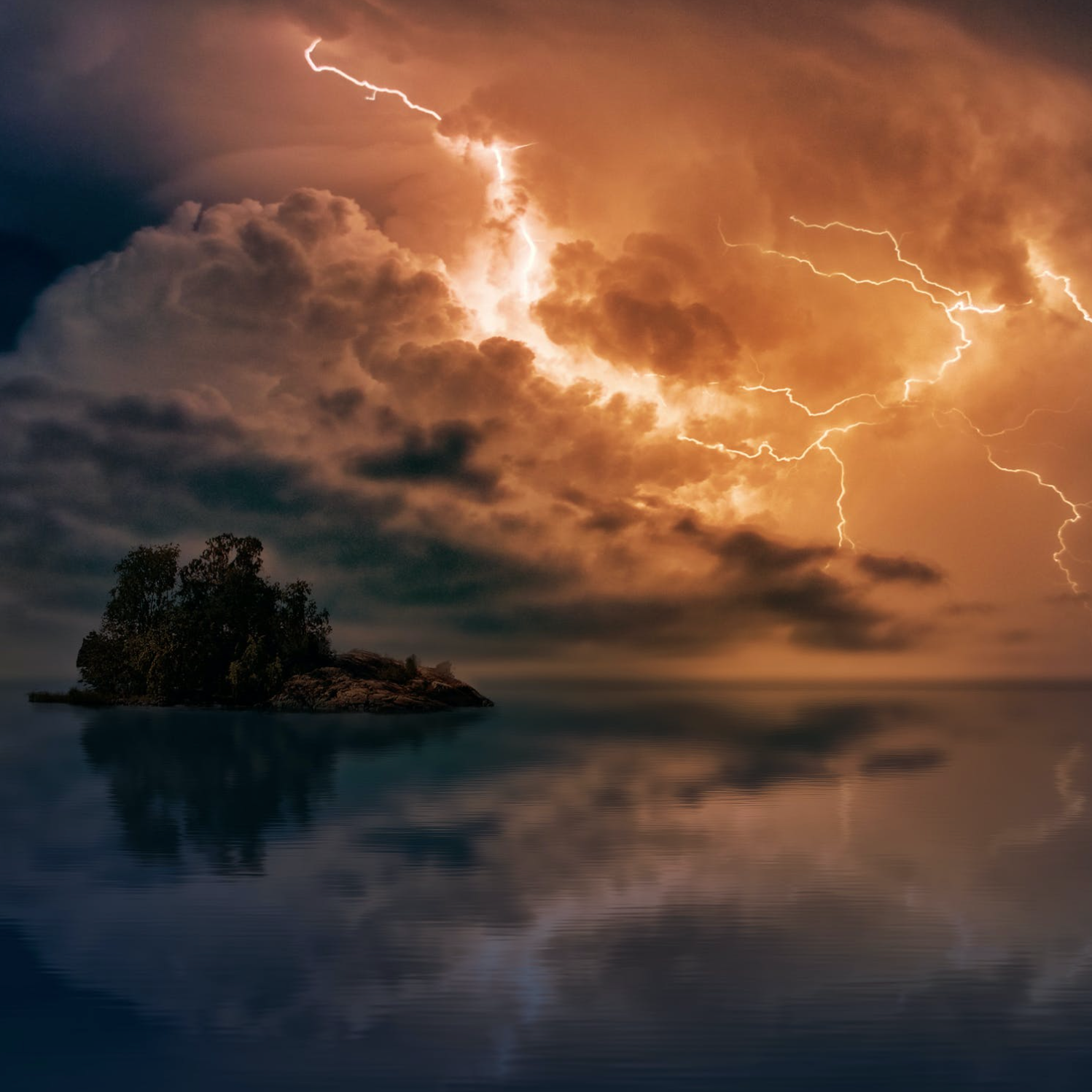 As I sit in my apartment, I look out of the window, 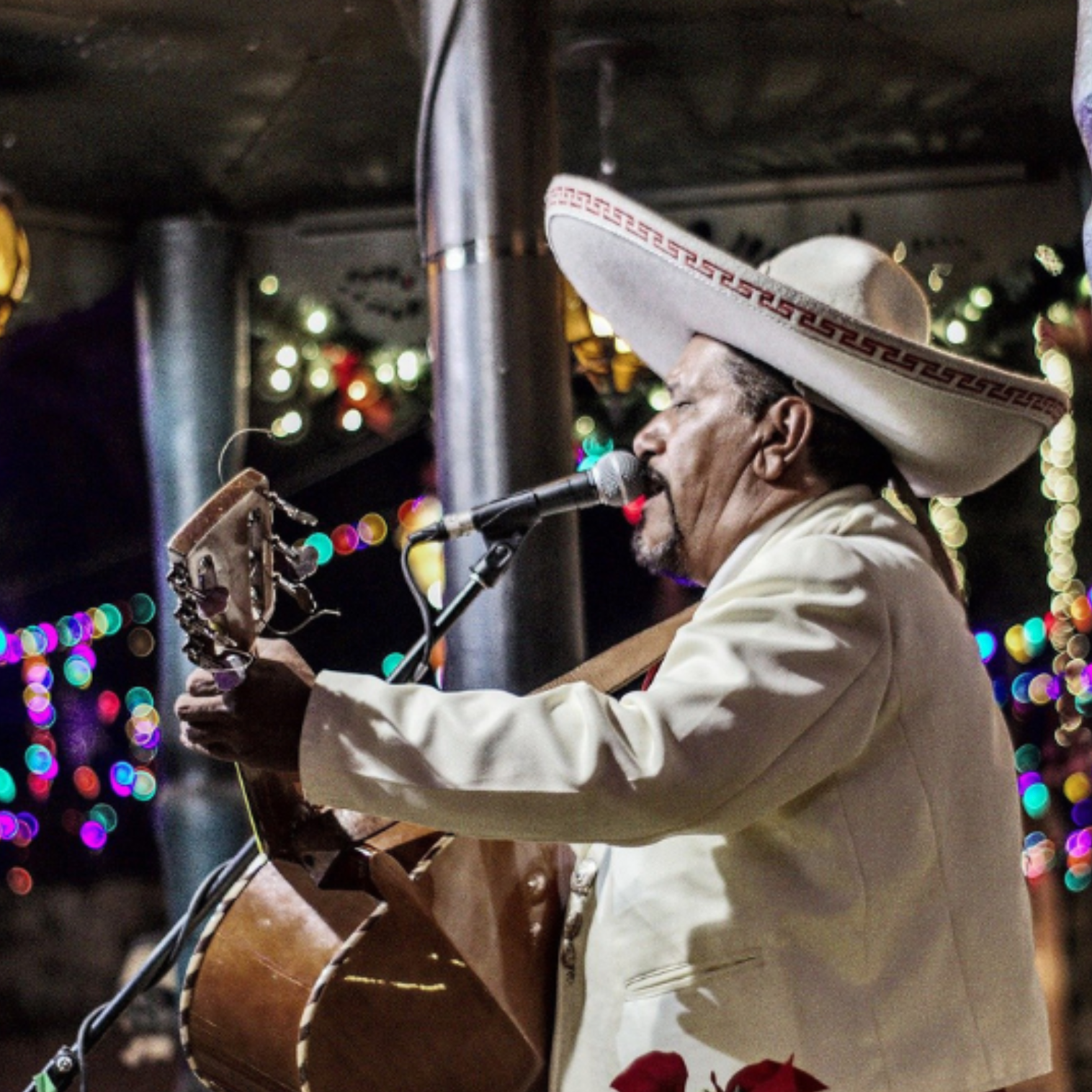 Anyone who knows me today would be shocked to hear it, 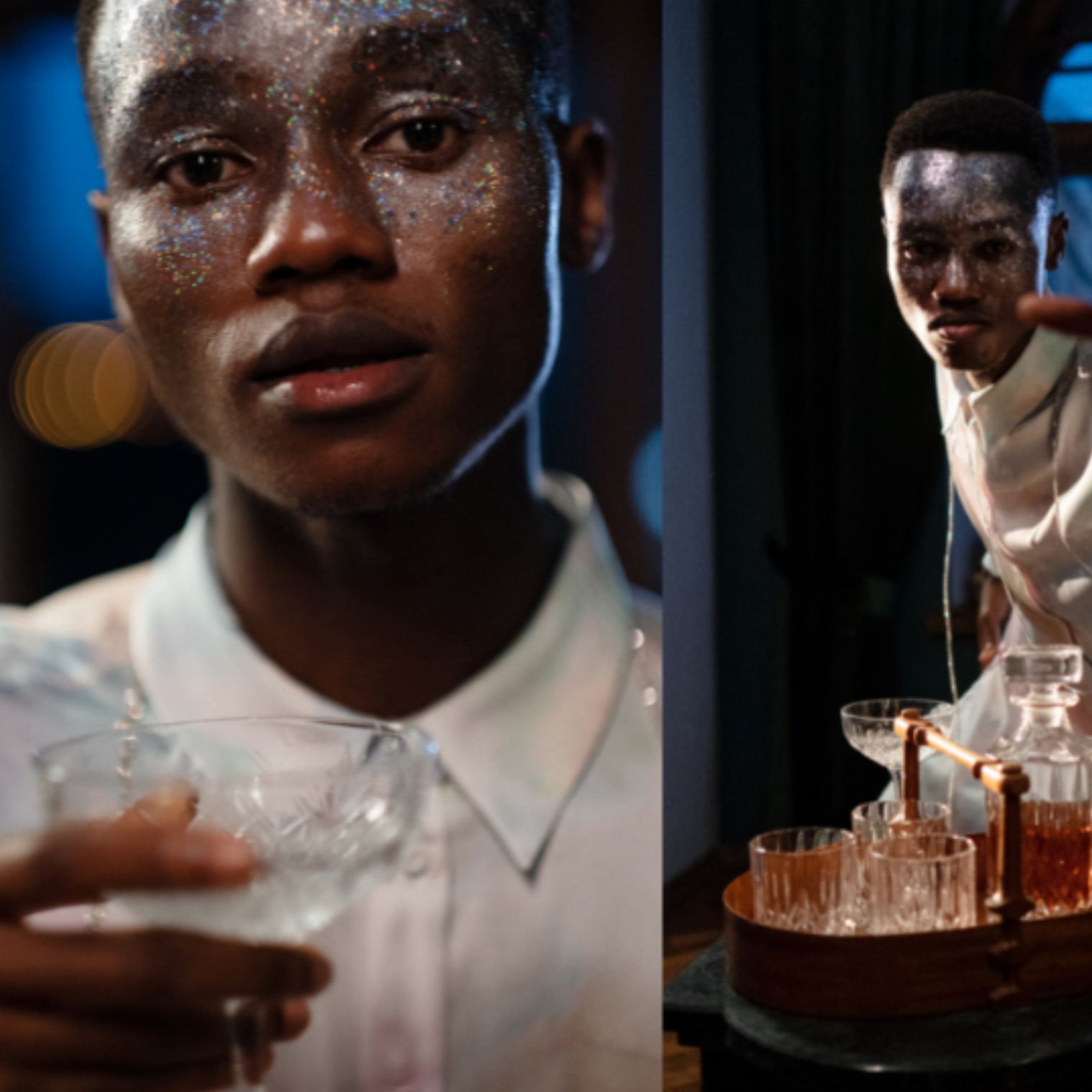 “Amanda,” Marcus said, “just talk to him. What are you waiting for?”

Voices echoed in the high school cafeteria, but Marcus’ words boomed in my ears. The smell of stale baloney and fake cheese invaded my nostrils. Marcus bit into his six-inch Subway sandwich and stared at me. His eyes clearly told me he’d stop staring once I did what he told me to do.  I looked down at my uneaten bowl of mac and cheese. Marcus only acted the way he did because he was tired of my hesitance. He gave me the following instructions weeks ago: find Noah Russo on campus and talk to him.

But that was the problem: I couldn’t talk to him. Every time I tried, no words came out. My voice disappeared the moment I saw Noah, whether we sat in class or read during study hall or ate in the cafeteria.

Marcus slurped his drink, playing around with the straw. He put it down and cleared his throat.  “I don’t see what the big deal is,” he said.

Marcus shrugged, taking another bite out of his ham and cheese sandwich.  “He’s just a guy,” he said. “We’re all human here, aren’t we?”

My feelings for Noah were exponentially greater than anything I’d ever felt for other guys. James Tyler dated a senior when we met in art class; Andrew Neal transferred to another school last year; and that one guy I met at summer camp didn’t live here. I had no trouble talking to any of them.

Usually, I felt fairly comfortable around my crushes. Noah was an exception.  Marcus said he’d help me talk to Noah weeks ago, but his definition of help differed from mine: his snarky comments started when I first asked him for help, and, if anything, they got snarkier as time went by.

“You could at least pretend you’re busy,” Marcus said. “You haven’t even touched your mac and  cheese.”

My stomach growled at the reminder of lunch, but one look at my bowl brought bile to my throat. I couldn’t eat, not when I thought about Noah. How could Marcus not understand that?  “You’re so not helpful,” I grumbled. “Can’t you see I’m nervous?”

I hated Marcus, but it wasn’t like I had a great pool of friends to choose from for help. My circle consisted of a self-proclaimed narcissist, a stale comedian, and a whiny loudmouth. (Marcus was the first one.)

I’d say this, though: he was nothing short of confident. Right now, I needed that.

Marcus cleared his throat. His plate stood on the table, completely empty. “You still haven’t moved,” he said. “It took me half an hour to eat this sandwich.”

“Well,” Marcus shrugged, “I don’t trust your judgment; after all, didn’t you say you were going to talk  to Noah weeks ago?”

I glanced at Noah. He sat at an empty table, devouring a slice of pizza. Even his eating looked cute.

“It’s not going to be like that. Get a grip, Queen of Theatrics.”

I rolled my eyes. Whenever I freaked out, Marcus called me “Queen of Theatrics.” I called him a pretentious asshole.

“He doesn’t know me well. What if he doesn’t like me?”

He let out a loud sigh.  “Amanda, I’ve said all I could. You’ve been standing at my table since I grabbed lunch. For God’s sake, talk to Noah!”

“That’s what you’ve said before. If you don’t do it now, when will you do it?”  I opened and closed my mouth. Marcus had a point.

“You’ll never be ready,” Marcus said. “You just have to do it, like Nike says.”  I laughed.

Damn, I thought, they’re right. I hated when that happened. Besides, if I did it now, I’d never have to hear about it from Marcus again.

Marcus clapped his hands together like a laughing baby. I glared at him, but he only stopped when he noticed students glancing at them from their tables.

“Finally!” Marcus said. “It only took you seventy-five months!”

I vowed to slap him later; right now, I had other priorities.  I glanced back at Noah, who had his phone in his hand. Was he texting a girl? What if he had a  girlfriend?

I took a deep breath and walked away from Marcus’ table, heading toward Noah’s. When I  reached him, he didn’t look up at me. He was fully absorbed in whatever he was texting. Man, I was right. He did have a girlfriend!

You don’t have to do this, I thought. You can just walk away.

I clenched my fist. If you don’t do it now, when will you?

I cleared my throat.

Noah looked up from his phone and smiled at me.

“Not much. What about you?”