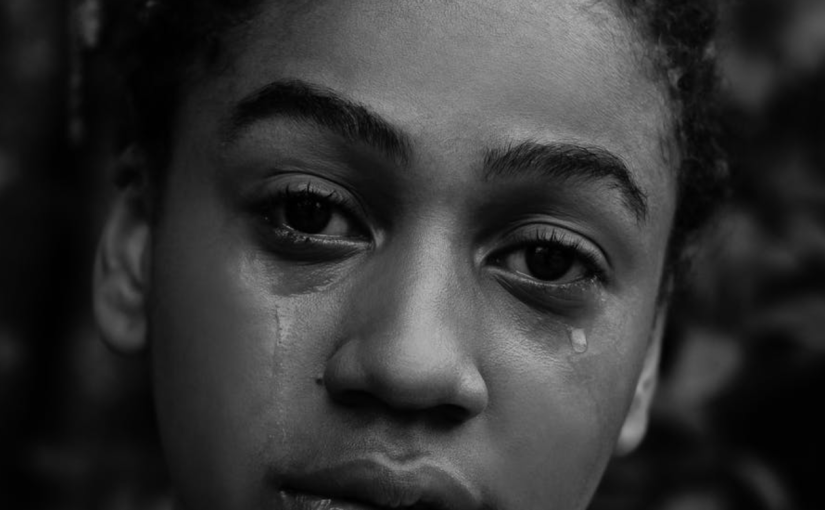 It was the summer of 2016 and I was studying abroad in Ireland. I had one semester left before graduation. This was one year after Freddie Gray was murdered in my hometown. My world was full of tension. This was my first time flying, getting a passport, and visiting another country. I was ready to experience something other than American racism.

I arrived in Ireland during the first week of July. Days after my arrival, I was crying outside of a pub. A living mate was toasting to her new job as the television screen replayed the murder of Philando Castile. The TV blurred the gory parts but we could see through the blur. The world watched as he died. My world moved in slow motion as the glasses around me raised and my eyes cemented to the screen. The air felt thick and my stomach felt heavy. The pain in my chest radiated to my throat.

“Do you want to get some air?” A voice broke my trance. I got up from the table in disarray. We walked silently outside and we stood for what seemed like the longest minute of my life. I opened my mouth, and, before a single word could drip from my lips, the cruel sharp air scratched my throat.

Outside of the pub, I lost it. It was the first time my pent up anger bubbled over like pasta water and spilled. I couldn’t hold it in anymore. I was angry and this was the first time I was allowed to be angry. All my life, I was reminded of the “integrity” and “grace”  my community leaders used to combat racism which, somehow over the years, has been diminished to bullying. I was constantly reminded to be calm and reasonable, and to combat my anger with “love,” as those who’ve come before me. It is only our leaders who are meant to be negotiable and non-violent.

I was depressed and I was Black. This combination led to a cocktail of sobbing and moaning. People passing by thought I was insanely drunk. “Hey,” a heavy Irish accent spoke, “it’s alright. Drinking makes me cry too.” There was another who giggled and raised what seemed to be a beer in hand.

My living mate pulled me in and hugged me close—as close as close could get. My tears fell hot down my cheeks and soaked her shirt.

“That could be my dad. My brothers. Me. I’m just tired…” I was rambling uncontrollably and I felt so embarrassed at that moment.

It seemed like the world was moving around yet another death of a Black person. As the last moments of Philando’s  life were shown to the world, drunk people were giggling  and my other living mates were encouraging  me to “just ignore it.” It’s rather hard to ignore the realities of your life when they are broadcasted for the world to see. No, I didn’t know Philando personally, but I knew him, a gentle Black man who just wanted to live. He is a part of my community, a hurt community who were forced to take a collective sigh as we watched him die, on a loop. A pub wasn’t the best place to hear the news. The Guinness was flowing. The world was just going on as if nothing happened.

My community endured another public tragedy and were given no time to grieve. When a nationwide tragedy happens, the nation encourages everyone to come together through sympathetic speeches, and reminds everyone that we are in “this” together. When a Black person is killed by police, we are expected to stay complacent and move on. The country digs deep into their personal lives, searching for petty mistakes and  mishaps from some other times in their lives to justify death. In those moments, when tears roll down my face or when I’m sighing as I say, “not again,” I think:

“When is it going to happen to my cousin, brother, mother, father or even me?”

“What thing have I said or done to justify the erasure of my life?”

The cool air dried my tears and chilled my face. We left the pub and walked up the hill to our hostel in silence. I sat on her floor without removing my shoes or jacket. I could still feel hot tears rolling down my face. My other living mates stumbled in one by one. They were quiet. A part of me felt ashamed and another part of me felt relieved. A wide eyed, brown haired girl stooped down and rubbed my hand gently. I didn’t like to cry in public because I was always told that was a sign of weakness. I was taught to be strong and to pull a fake smile no matter what. Oddly enough, I couldn’t hold it in anymore. I spent the rest of my time abroad reflecting on my own identity and the paradox of being Black American.

I thought back to that summer night as the fifth anniversary of Philando Castile’s death came. I thought about my time in Ireland as more unjust Black deaths have occurred .That summer I was angry, I was sad, and I finally allowed myself to travel through a full spectrum of emotions.

To Philando Castile, may you rest peacefully and may your legacy be with us forever.